Now that cannabis is being legalized in many US states, hemp is starting to get a good reputation as a horse and dog supplement. ‘Hemp’ refers to the whole of the industrial herb plant – stalks, stems, roots – while the term ‘Marijuana’ is used only for the resinous flowers, buds and leaves of the female plant which are considered medicinal and are only legalized in some US states, and not yet on the federal level. The strains of hemp used in industrial and consumer products contain less than 0.03% per gram of THC (Delta-9 Tetra-Hydro-Cannabinol), the psychoactive substance that is responsible for the “high” in marijuana, which typically measures 5%-17%.  Seeds are legal to eat and possess, if they are not whole or if they are ‘sterile’ – unable to produce a plant. 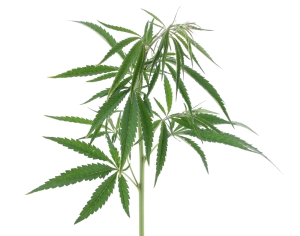 A plant with countless uses

Hemp is a very versatile plant that was used for centuries all around the world to make paper, rope, clothing, canvas etc. As a fast growing plant it is an amazing renewable resource. It has been used in building materials and can even be made into plastic and biofuel. It can detoxify contaminated soil and water. The seeds provide food, suitable for both human and animal, and oil for various uses. The US Declaration of Independence was drafted on hemp paper and the first american flag was sewn from hemp.

To favor the timber and petroleum industry in the US, industrial hemp became restricted in the 1940s and illegal in 1971, conveniently lumped together with Marijuana, even though it does not contain enough THC to be psychoactive. In 2018, many of the US states have now started to legalize hemp production again. More on the history of hemp can be found in this holistic horse article: https://holistichorse.com/health-care/hemp-for-horses/

All beings with a backbone have an endocannabinoid system, which plays a crucial role in regulating their physiology, mood, and everyday experience. More than 100 cannabinoids have been identified in the marijuana plant. Of these marijuana molecules, tetrahydrocannabinol (THC) and cannabidiol (CBD) have been studied most extensively. In addition to cannabinoids produced by the plant, there are endogenous cannabinoids (such as anandamide and 2AG) that occur naturally in the mammalian brain and body. CBD directly activates serotonin receptors, causing an anti-anxiety effect, as well.

Other well known plants (and foods) besides cannabis that contain endocannabinoids are echinacea (cone flower), black pepper and chocolate.

The health benefits of hemp are many.

Tip: Give hemp pellets to horses on stall rest to keep them calmer.

The hemp plant draws toxins from the soil it is grown on, which makes it suitable to clean up contaminations. However, these toxins accumulate in the hemp plant, so if you want to use hemp products for consumption make sure they are clean. Chava Naturals uses only quality controlled CBD oils and hemp products that are regularly tested for quality control to protect you and your animal companion.

Get your hemp products here: ChavaNaturals.com